Astronomy: The Face of the Moon: Galileo to Apollo

The Face of the Moon: Galileo to Apollo 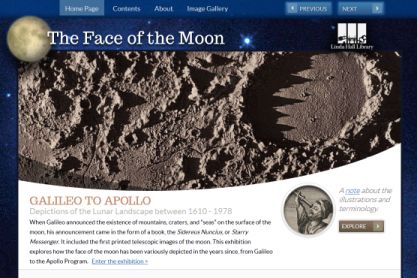 "When Galileo announced the existence of mountains, craters, and 'seas' on the surface of the moon, his announcement came in the form of a book, the Sidereus Nuncius, or Starry Messenger. It included the first printed telescopic images of the moon. This exhibition explores how the face of the moon has been variously depicted in the years since, from Galileo to the Apollo Program."

"This exhibition originated in 1989 on the 20th anniversary of the Apollo 11 mission that first placed humans on the lunar surface. The printed catalog, by William B. Ashworth, won first place in The Leab Awards, an annual competition sponsored by the Rare Books and Manuscripts Section of the Association of College and Research Libraries, a division of the American Library Association. Copies of the printed catalog are still available." 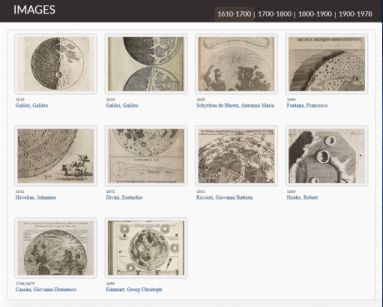 Images from the exhibition are available online in the online exhibition image gallery. Many are also available through Linda Hall Library Digital Collections. 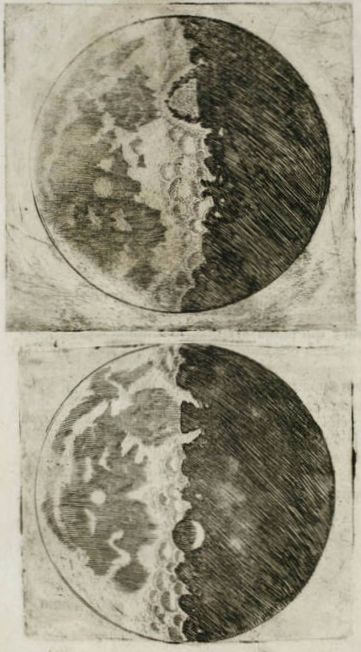 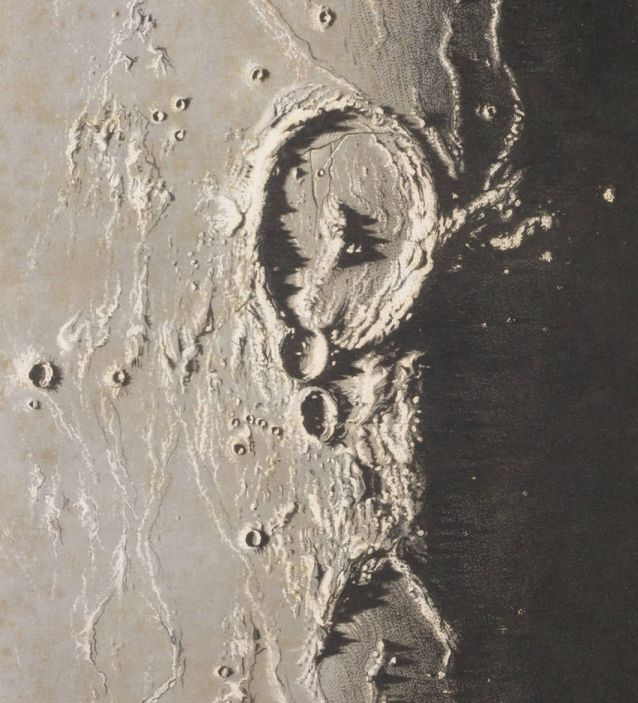