Era of Steam: On Roads, Farms and Beyond 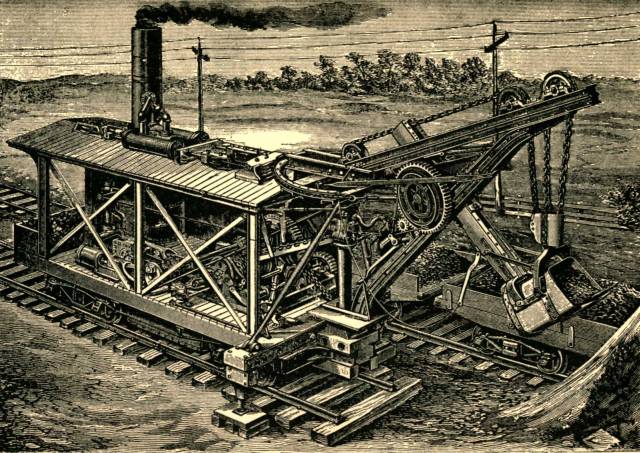 Although the above steam shovel was operated on rails, not all required track to approach a worksite. Image of the Victor Steam Shovel, manufactured by the Toledo Foundry and Machine Company, from Steam Shovels and Steam Shovel Work by E. A. Hermann, 1894.

Patented by William Otis in 1839, the steam shovel quickly became an essential excavation tool. During the U.S. effort, between 1904-1914, a total of one hundred and two steam shovels completed the path for the Panama Canal.

Leatrn more about this massive undertaking on the guide, Panama Canal Resources.

The Linda Hall Library has collected numerous documents about excavation and the application of steam power. Below are a few examples of available journals and books. 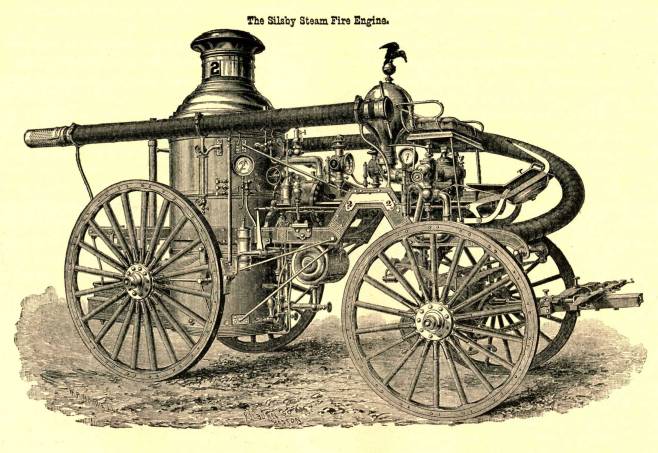 Evolving over a period of two hundred years from the idea of "fiery chariots" through "steam coaches and carriages" to "road locomotives" and eventually "road steamers," the concept of portable steam engines on common roads went through many changes in design, public acceptance and policies.

A new mode of transportation as proposed by Sir Isaac Newton, 1680.  Image from Steam Locomotion on Common Roads by William Fletcher, 1891. 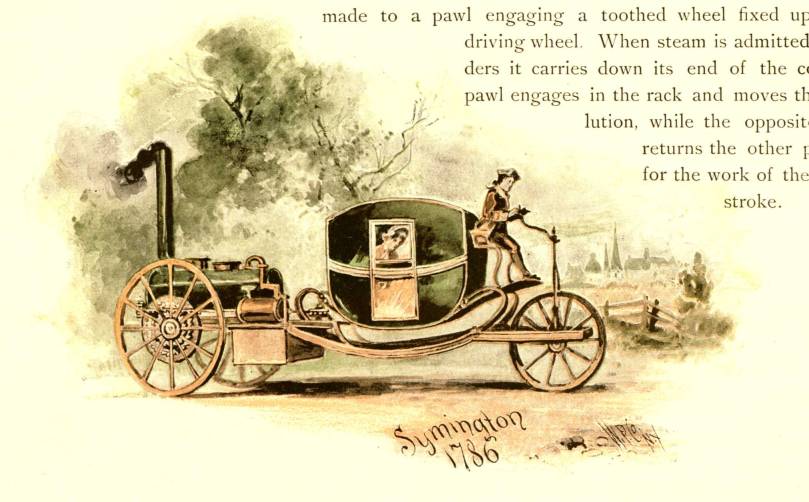 A steam-driven road carriage designed by William Symington in 1786.  Image from The World's Rail Way by P. G. Pangborn, 1894. 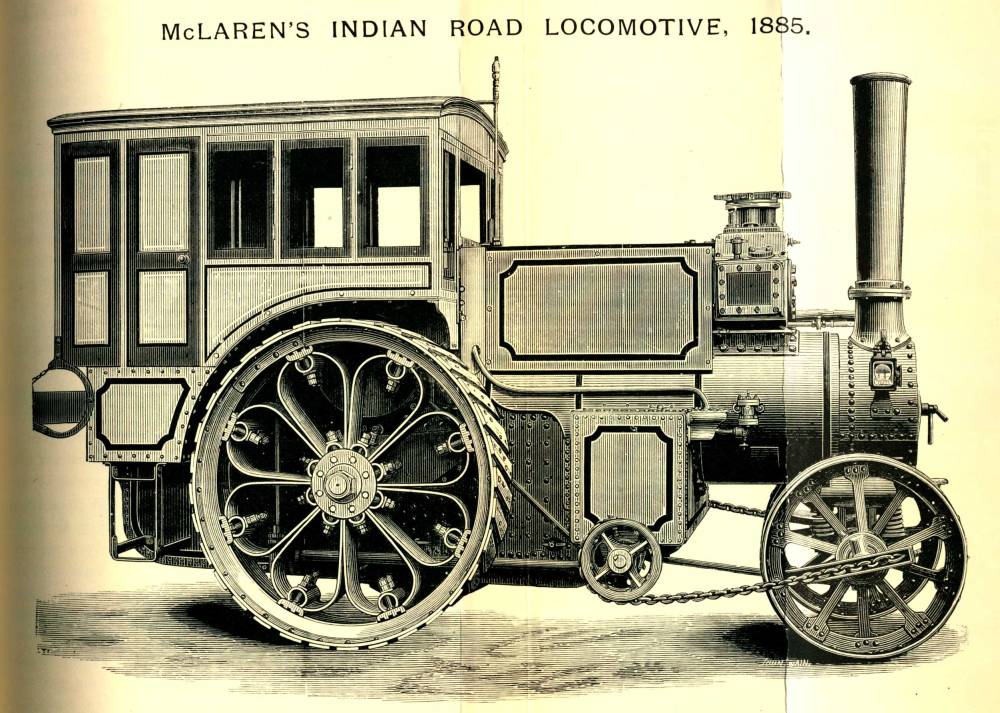 In 1885, this road locomotive pulled a large omnibus to provide passenger service in India. For more technical details of operation, review Steam Locomotion on Common Roads by William Fletcher, 1891.

"Engines for piercing holes in rock, for receiving explosives, are called, in general terms, Rock-Drills. A rock drill consists of a cylinder mounted upon an adjustable frame... Steam is used to drive the drill when it is used in the open air, and compressed air when the drilling is to be done in tunnels, or similarly confined places." 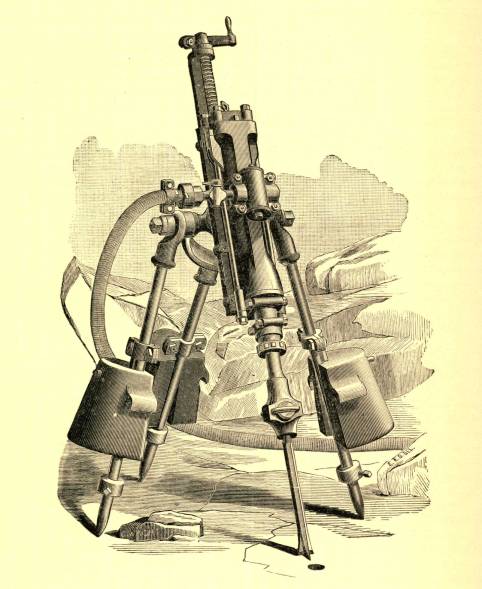