Linda Southall (1859-1938) moved to Kansas City from Richmond, Virginia as a young woman. She married Herbert Hall December 23, 1885. The couple had no children, and Linda devoted much of her time and considerable resources to philanthropy. 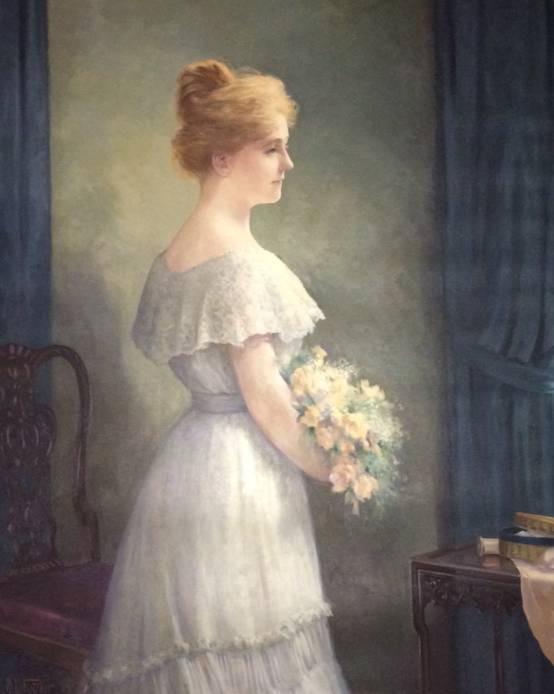 The Library's portrait of Linda Hall, by R. H. Fletcher, depicts her as a young woman in a pastel dress, holding a bouquet of flowers. The portrait was commissioned by Herbert after Linda’s death.

Herbert Hall (1858-1941) grew up in South Paris, Maine. Respected for his integrity, business acumen, initiative and courage, he co-founded the Hall-Robinson Grain Company in 1887. A 1903 merger created the Hall-Baker Grain Company, which grew to be the largest exporter of grain from the United States. 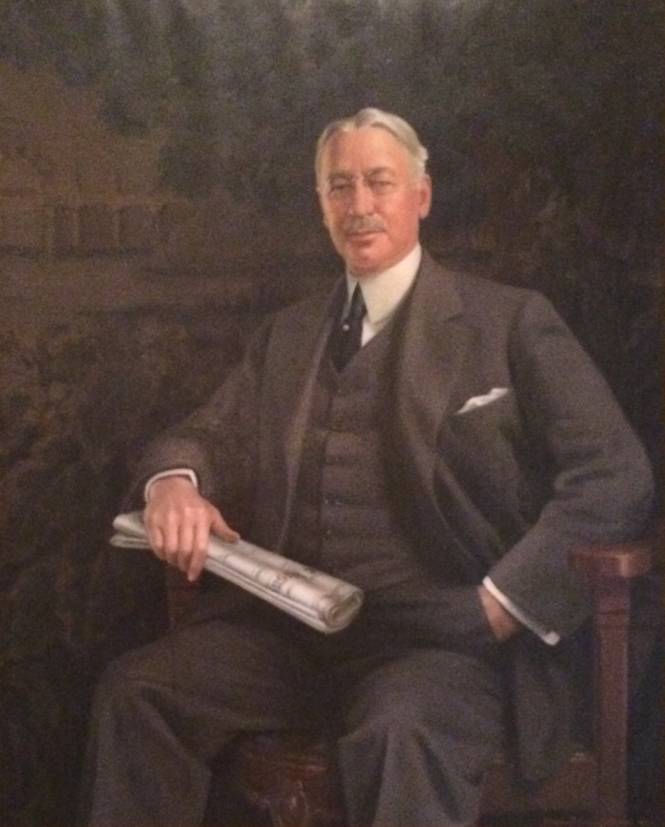 The Library's portrait of Herbert Hall, commissioned by the Trustees, is by Margaret Lindsay Williams (1951).

The Linda Hall Library, the world’s largest privately endowed library of science, engineering and technology, is recognized internationally for the breadth and depth of its holdings and for its renowned History of Science Collection.

The Library was created by a bequest from Herbert Freeland Hall and his wife, Linda Southall Hall, who left their estate and six million dollars to establish a “free public library for the use of the people of Kansas City and the public generally.” The wills stipulated that the Library was to be located on the grounds of their estate and that it was to be named in honor of Linda.

The Halls were prominent members of Kansas City society, adventuresome international travelers, and ardent collectors of antiques. In 1907 they built their Georgian-style home and created an arboretum on the surrounding acres in the heart of the area that has become the cultural center of Kansas City, Missouri.

The Halls’ wills named the original trustees and directed them to determine the type of library the Linda Hall Library should be. In 1941, the trustees hired consultants from the national library community. After extensive research and briefings with local and regional leaders, the consultants recommended creation of a science and technology library to best support the development of Kansas City.

The trustees named Joseph C. Shipman, a librarian and former chemist, as the Library's first director in 1945 to lead the new institution and build its collections. 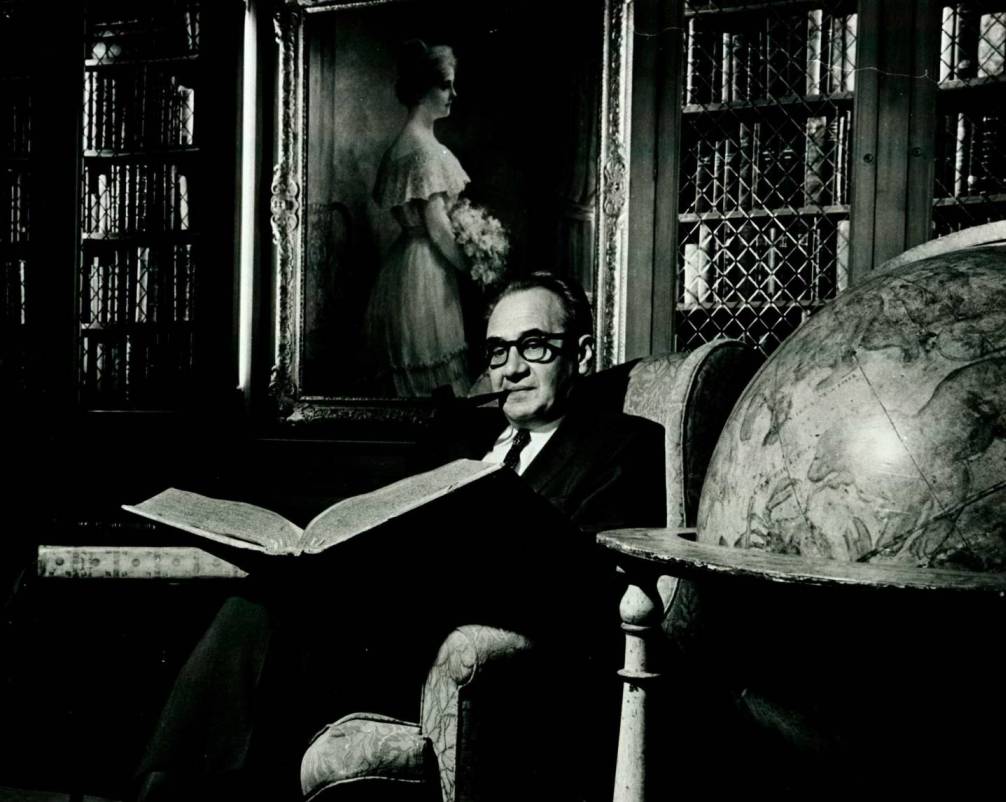 With this foundation, in the late spring or early summer of 1946, on a date of which no one is quite certain, the doors of the Hall’s home opened on the Linda Hall Library for all who seek scientific and technical information.

The crest that was used by Linda and Herbert Hall appears in several places at the Linda Hall Library. It includes a banner bearing the Latin word “mature”, which has meanings that include perfection, timeliness, and maturity. 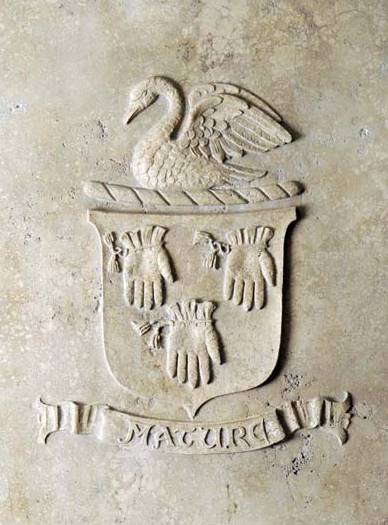 It is carved into the travertine fireplace case that was incorporated from the sunroom of the Hall’s Georgian home into the Library’s Drawing Room. 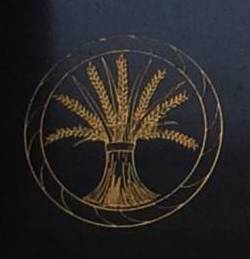 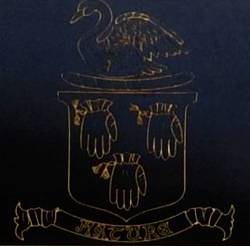 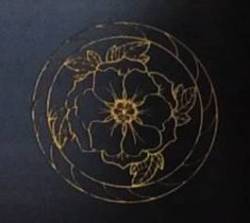 It is represented in the bronze transom above the Library’s main entrance doors along with a sheaf of wheat, representative of the grain business in which Herbert Hall earned his considerable fortune, and a stylized peony blossom, representative of Linda’s commitment to her beautifully treed estate and to the Library’s continuing commitment to maintaining the gardens and arboretum. 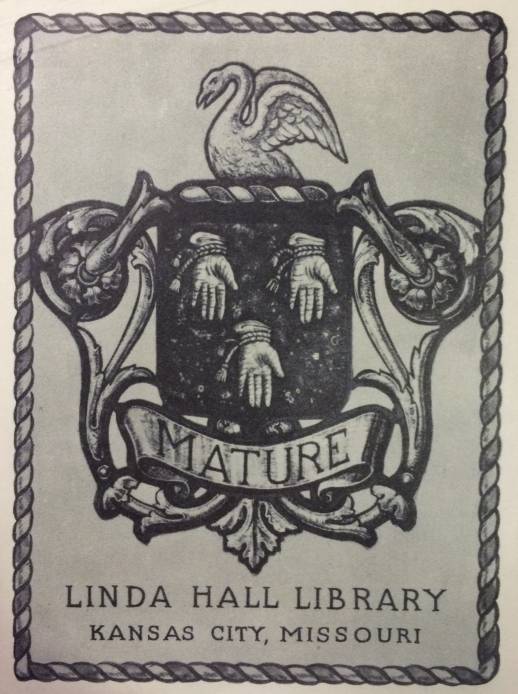 The crest is also featured on the Library’s bookplates. 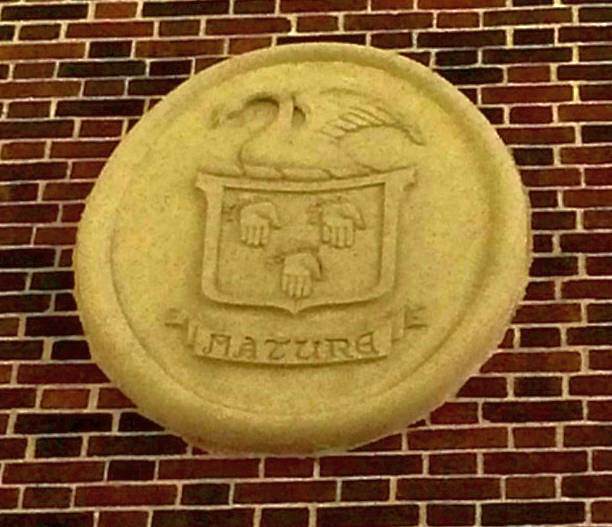 The family crest can be found above the West Entrance leading into the History of Science Center.