Art and Science: A Focus on Lithography 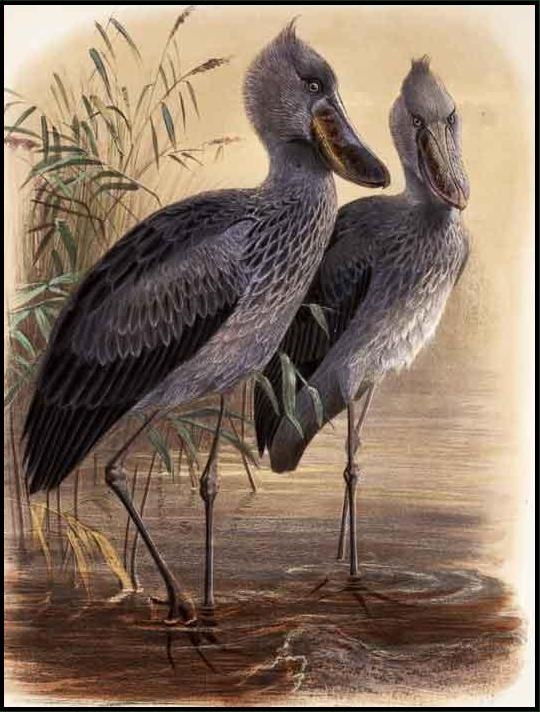 Around 1800, Alois Senefelder introduced a new printing technique called lithography. He printed from a polished block of limestone, instead of a copper plate or a wood block, and the resulting lithograph provided a new warmth and expressiveness that was difficult to achieve with an engraved plate or a woodcut.

By 1830, Elizabeth Gould was making lithographs of birds for her husband John, John Richardson was publishing lithographs of Arctic animals discovered during the search for the Northwest passage, and Beer and Mädler were revealing new features of the moon in their large lithographed lunar map.

One of the greatest applications of lithography to scientific illustration was the portrayal of fossils. A fossil in its stony matrix is very difficult to reproduce with an engraving or a woodcut. But with lithography, one can use a crayon to perfectly duplicate the texture and appearance of stone. It is not surprising that when the first Compsognathus (a small dinosaur) skeleton was discovered in 1859, and the first Archetopteryx skeleton (the "first bird") in 1861, both were announced to the world in publications illustrated by large lithographs. The irony is that both fossils were found in the limestone quarries of Solnhofen, Bavaria, which also is the source of the world's finest lithographic stone. So in the end, there was limestone captured on limestone, a truly divine marriage.

This visually stunning exhibition displays 100 years of scientific lithography, from the very first ever printed to the end of the 19th century.

From the Heilbrunn Timeline of Art History, The Metropolitan Museum of Art:

Lithography in the 19th Century

From the National Gallery of Australia:

Excerpt from the Household Cyclopedia of General Information:

From the Royal Institute of Art:

From A Technical Dictionary of Printmaking, Andre Beguin:

Provided by the University of Georgia, this ebook can be downloaded as a pdf through the following link: