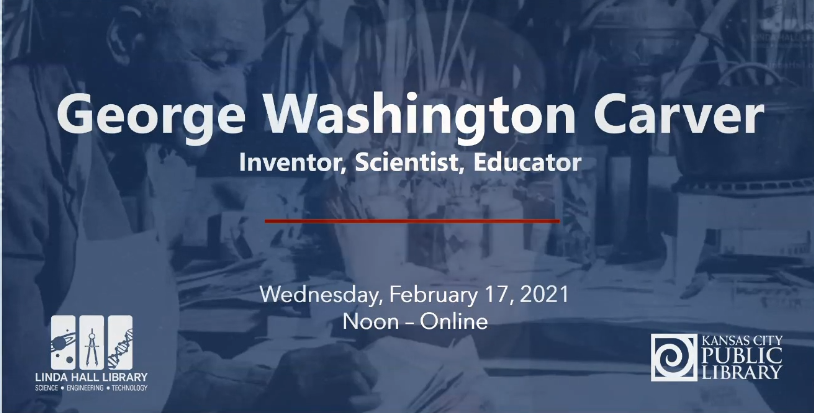 George Washington Carver is one of the most famous Missourians. Known primarily as "the Peanut Man", Carver's research gained him international recognition as an agricultural chemist, a conservationist, and an inventor.

Born in Diamond, MO, Carver survived a childhood marked by an attempted kidnapping (with his mother, by bushwackers) and frequent illness (he was not expect to live to adulthood).  Raised by his mother's owners, George's frail health forced him indoors where Susan Carver taught him basic chores. She also taught George to read and write.

In 1896, Carver joined Tuskegee Institute as head of the Agricultural Department.  As a researcher, he wanted his work to improve the lives of poor farmers - black and white. He recommended methods to improve crop yield, such as systematic crop rotation to replace soil nutrients depleted by farming cotton. He also demonstrated alternative uses for their cash crops (e.g. turning sweet potatoes into flour, animal feed, dyes, starch, sugar or library paste), as well as encouraged better nutrition - peanuts are a cheap source of protein.

Carver died in 1943; his life savings of $60,000 was donated for the museum and foundation he'd established while at Tuskegee. The U.S. National Park Service manages the George Washington Carver National Monument in Diamond, MO.