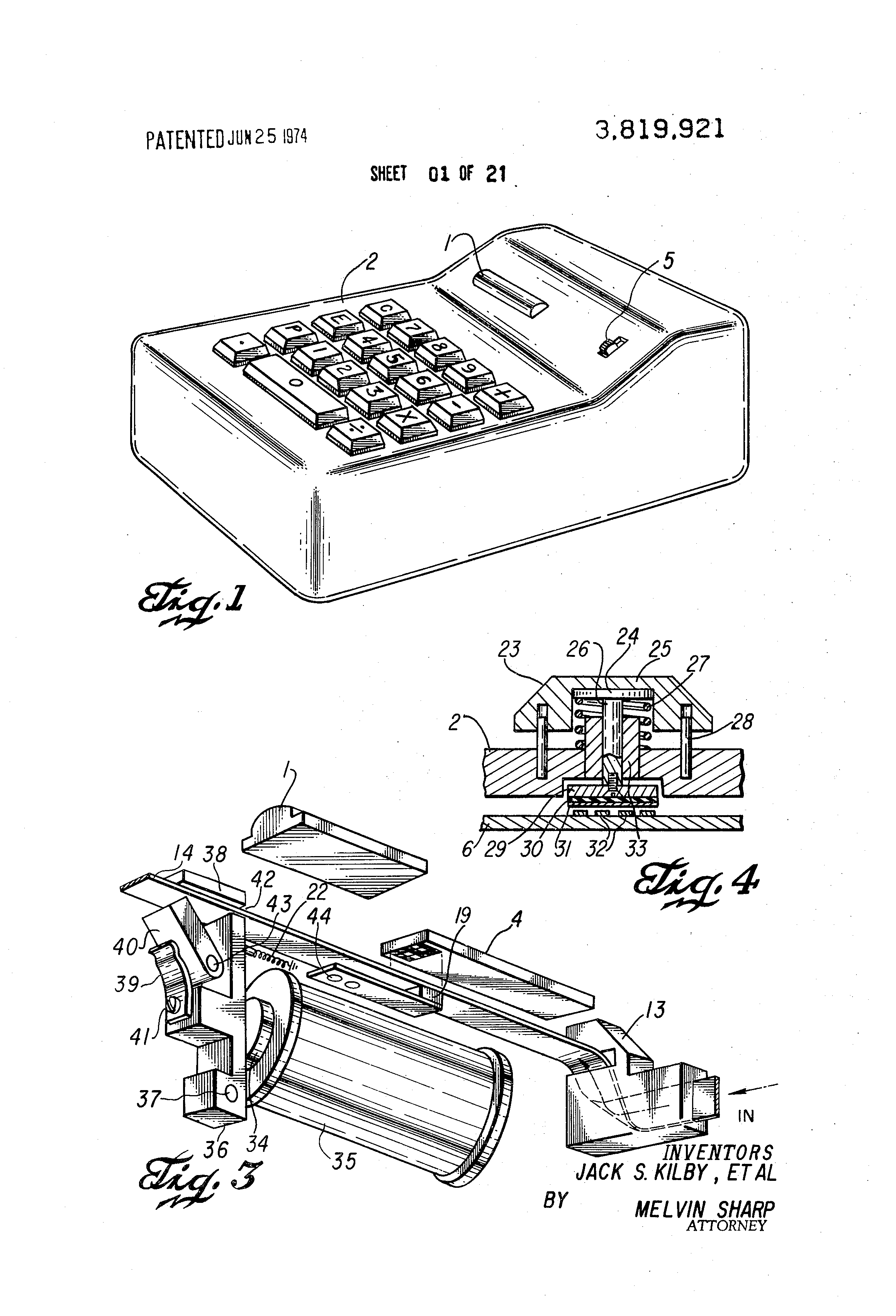 Sample of an inertial guidance system designed by Charles Draper

A native of Windsor, MO, Charles Stark  Draper - or "Doc" - founded the Instrumentation Laboratory at the Massachusetts Institute of Technology (MIT). While working there he and the lab received the first government contract for the Apollo program, to send a man to the moon.

Draper is known as the "father of inertial navigation", a technology that uses gyroscopes (which measures rotation), and accelerometers to guide aircraft and submarines. Modern aircraft travel their globally with pinpoint accuracy using systems derived from his original inventions

Following his death in 1987, the National Academy of Engineering (NAE) established the Charles Stark Draper Prize to "to increase public understanding of the contributions of engineering and technology to the welfare and freedom of humanity." 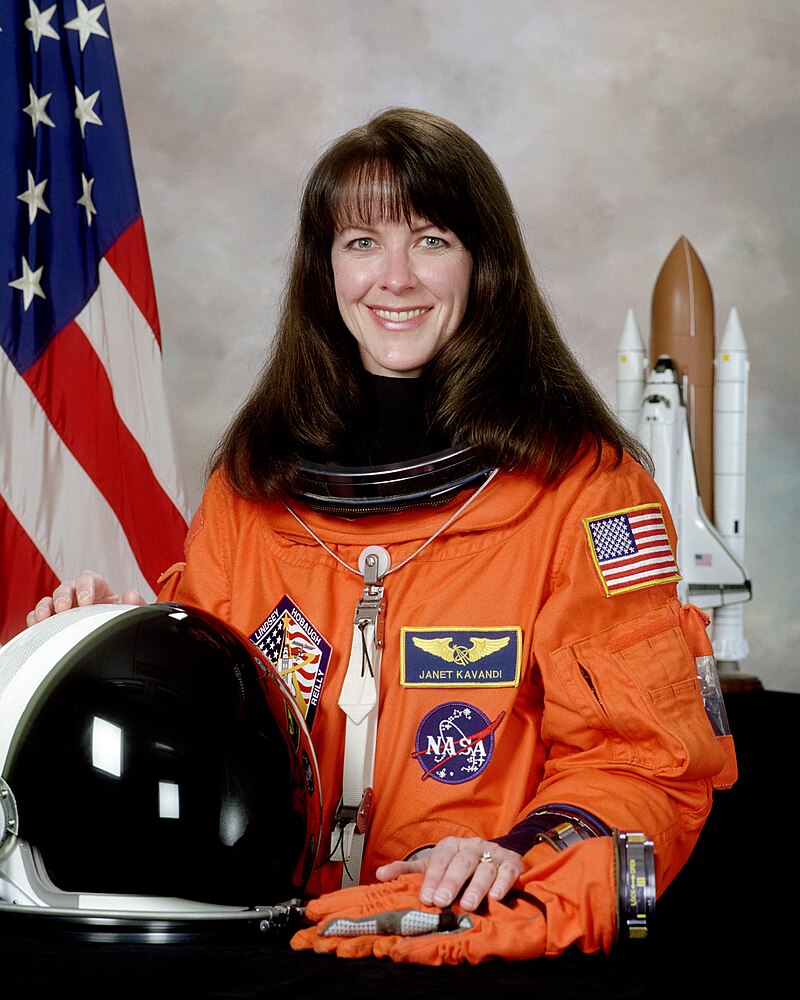 Janet Kavandi (b. 1959) is a former astronaut who has flown 3 Space Shuttle missions, spending over 33 days in space.  She has worked on the development of a pressure-indicating coatings, and from that work is a named inventor on two U.S. patents.

Kavandi is the recipient of several service medals, including the NASA's Outstanding Leadership Medal in 2006   She retired from NASA in 2019 after serving three years as the Director of the Glenn Research Center (OH).  A native of Carthage, MO, Janet is also a member of the U.S. Astronaut Hall of Fame.

Jack Kilby was born in 1923 in Jefferson City (MO). Along with Robert Noyce, they share the credit for co-creating the integrated circuit.

Kilby died in 2005. He received numerous awards including election to the National Inventors Hall of Fame, and sharing the 2000 Nobel Prize in physics. The Institute of Electrical and Electronics Engineers (IEEE) has named an award in his honor. His personal manuscripts and his photograph collection were donated to to Southern Methodist University (TX). 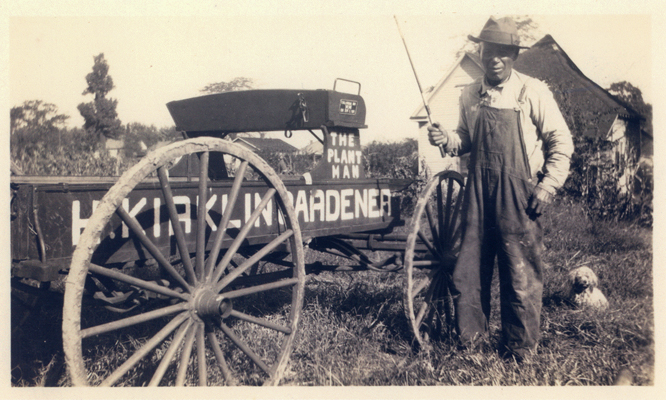 Henry Kirklin (1858-1938) was known as a prize-winning gardener who freely shared his time and skills with others. He employed sustainable practices that have become popular today, such as rainwater collection for gardens, and collecting seeds to propagate heirloom fruits and vegetables. He was also an entrepreneur, growing and selling his own produce from his own land.

Kirklin was born in Boone County MO. As a teenager he worked in a nursery in Columbia; eventually he was hired by the University of Missouri-Columbia as greenhouse supervisor in the Horticulture department. His horticultural skills were readily apparent; after a short time, Kirklin was allowed to teach basic gardening to students, but only outside; segregation prevented classroom instruction.

As an gardener, Henry Kirklin grew a dozen different kinds of produce; his farm was so successful he had to purchase additional land to keep up with the demand.  As a businessman, his success enabled him to make enough money to build his daughter a home.  And as an educator, he taught formally at the Bartlett Agricultural and Industrial School in Chariton, MO. He also shared his knowledge at informally county fairs and schools.

Kirklin, a former enslaved person, has been officially recognized as recognized as the University's first black instructor.  In a ceremony attended by his descendants, the College of Agriculture, Food, and Natural Resources dedicated the new Henry Kirklin Plant Sciences Learning Laboratory  in his honor in February 2021. Also, as part of the George Washing Carver Community Garden Project, a community garden is named for him.

Annie Turnbo Malone (1877?-1957) was an entrepreneur, educator, philanthropist, and community icon. The success of her home-grown cosmetics and hair care business helped her to become one of the the first female African American millionaires.

As a teen, Malone was interested in becoming a "beauty doctor". She used her interest in chemistry to explore methods to straighten black hair that didn't use harsh chemicals.  Under the guidance of an aunt who was a herbalist, Malone soon developed her own shampoo and scalp treatments. Denied access to traditional sales outlets, Malone sold her "Wonderful Hair Grower" and other products door-to-door. She moved the business to St. Louis in 1902; when the city hosted the 1904 World's Fair, Malone sold her products at a booth there. Soon after, Malone's Poro product line went national.

Annie Malone launched Poro College in 1917 to train others as cosmetologists. At one time the facility employed almost 200 people, and included a manufacturing plant, a dormitory and an auditorium. And while most students were young women, one male graduate went on to greater fame: singer/guitarist Chuck Berry.  Another protégé, Sarah Breedlove, also became famous in her own right. After she received sales and cosmetology training with Malone, Breedlove left Poro and St. Louis, and launched her own career in hair care, rebranding herself as Madame C.J. Walker.

In spite of personal financial setbacks (due in part to the stock market crash in 1929), Malone kept the Poro school operating in over 30 locations nationwide. She also continued activities that supported her community: the Annie Malone Children's Home was renamed in her honor in 1946. 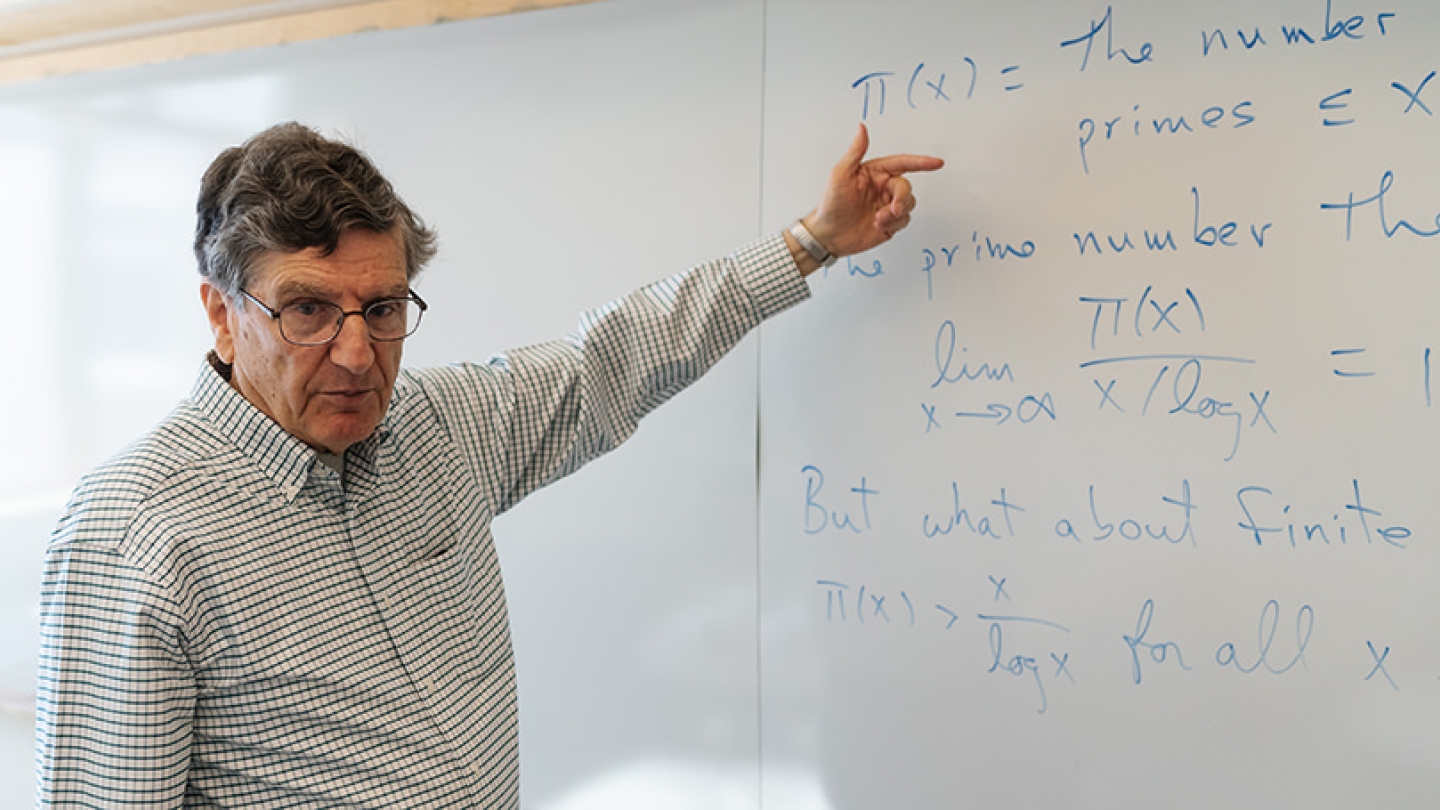 Born in Joplin, MO, Carl Pomerance (b. 1944) is currently Professor Emeritus in the Darthmouth College Mathematics department in New Hampshire.
Pomerance has worked mainly in the area of number theory, also called "higher arithmetic", which is the science of integers (numbers written without a fraction)

Widely published and a frequent lecturer, Pomerance became a fellow of the American Mathematical Society in 2012.  He is included in the Mathematics Genealogy Project, a compilation of information about mathematicians worldwide.

In addition to his academic successes, Pomerance is now a cultural icon, having made an "appearance" on the television show The Big Bang Theory in 2019.

Due to COVID-19 restrictions, Linda Hall Library will accommodate visits for research purposes only.  An appointment is no longer required for the Main Reading Room; however, we are observing capacity limits for social distancing.

Click here for information on COVID-19 reopening policies, including: